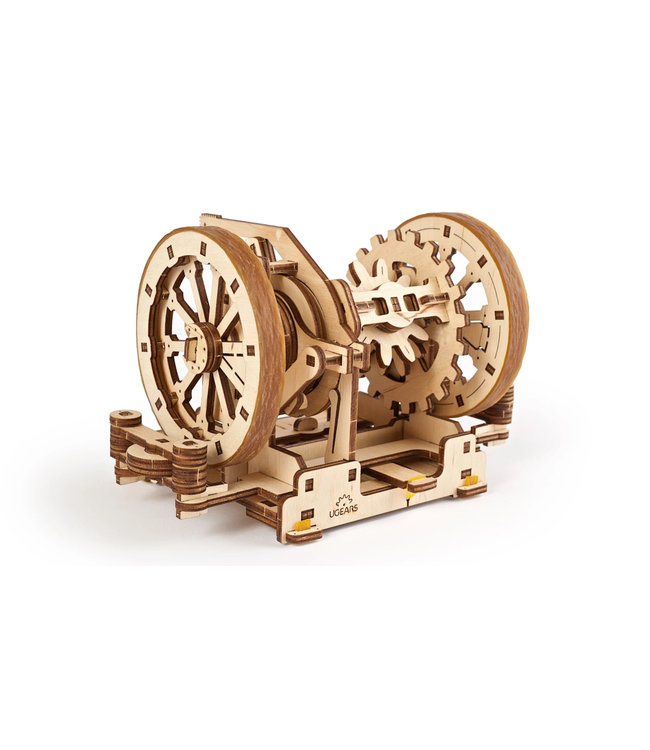 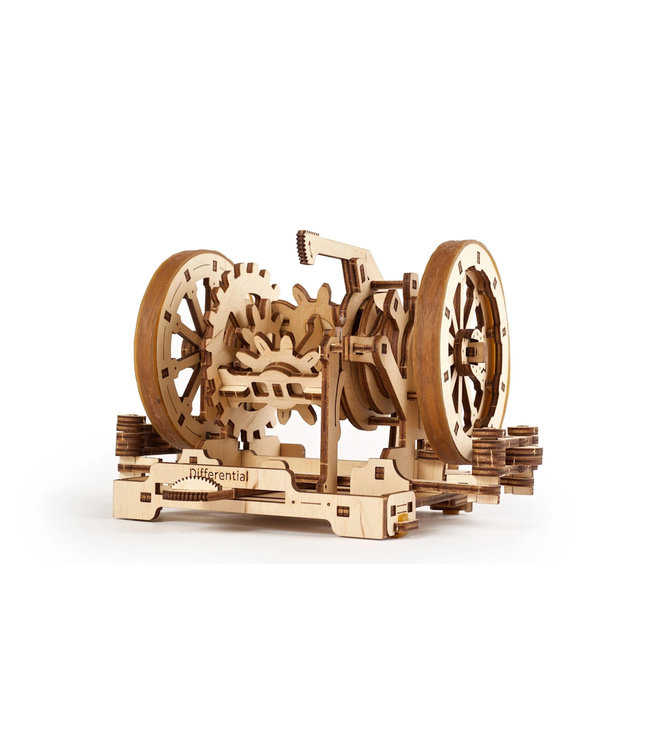 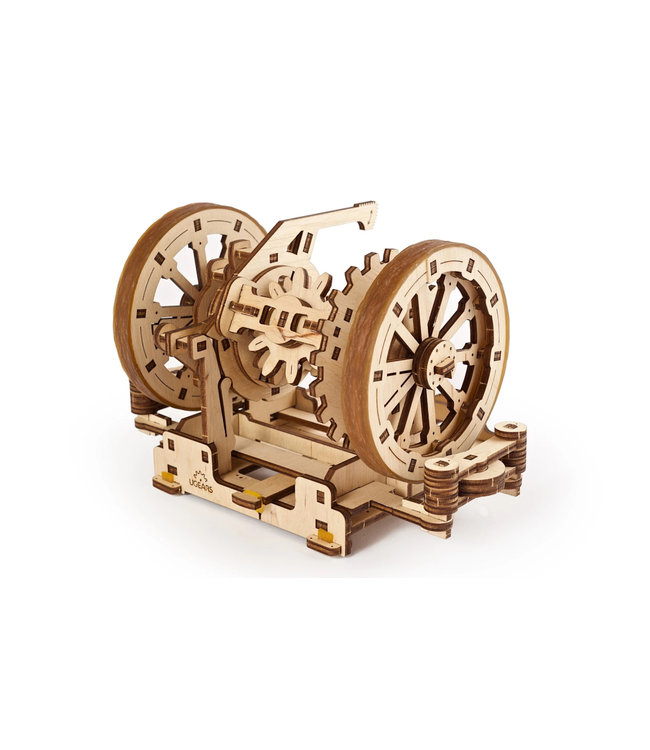 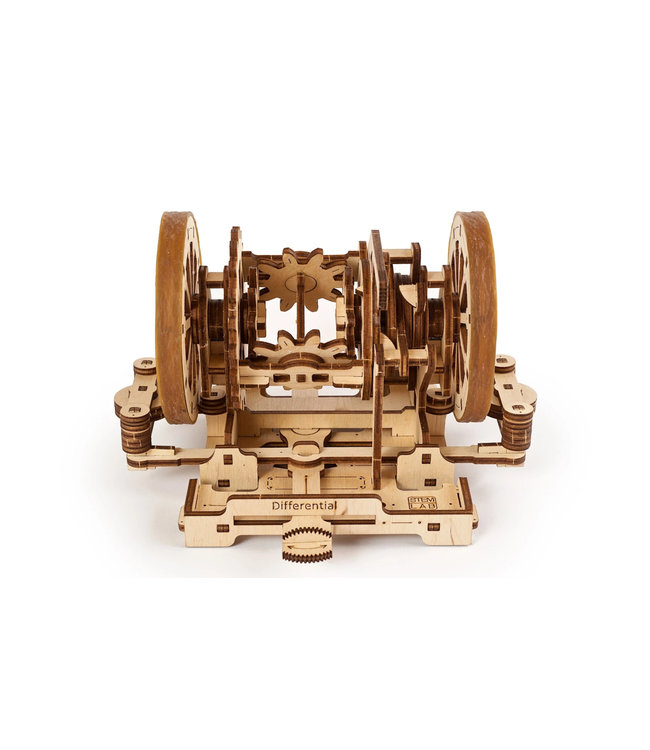 The Differential is a stylised educational model, an interactive study guide to the mechanism, only for learning its essentials and principles of working. The Differential was designed to ensure that the drive wheels sitting on the same axle rotate with a Read more..

This mechanism allows the car to make turns without the wheels skidding, prevents wheel-slip, reduces tyre wear, and makes entering and going out of  turns easier for the driver. Having assembled the Differential, your can unblock it pushing the lever in position 1 (Up) and set both wheels in motion by rotation of the drive gear or the wheel. The Control lever regulates the smooth locking of the left and right wheels independently by turning left or right respectively. In the “down” position of the lever, both wheels are linked in a rigid coupling and can either rotate together (propelled by the drive gear or a wheel) or lock simultaneously (by the lever of the wheel).

When and who invented it:

The car differential was invented by French engineer Onesiphore Pecqueur in 1825. In the 1930s of the 20th century, German automotive  engineer Ferdinand Porsche made significant improvements to the device.

Differentials are used mainly in cars as a part of the transmission mechanism. They improve maneuverability and performance of a car.

o Assemble it and discover the principle of working of the Car Differential.

o The model comes with a Pocket Model’s Study Guide with a creation story and mechanism design as well as engaging and interesting tasks.

o Immerse yourself in Augmented Reality (AR) and find out how the Differential is used in a car rear axle, and interact with it via the dedicated Ugears AR-application

The mechanism of the Differential is composed of:

Self-assembly from the parts, pulled out from wooden boards, according to easy-to-follow manual instruction. No glue or cutting needed 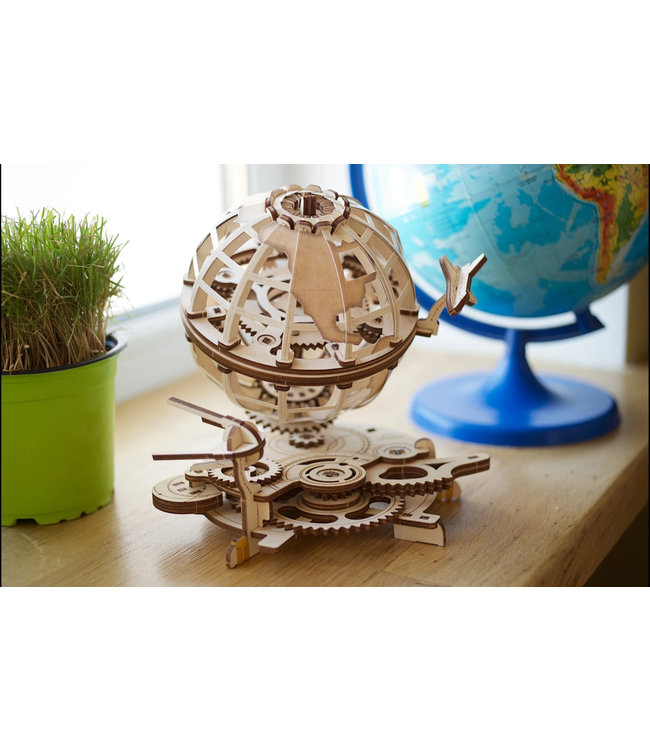 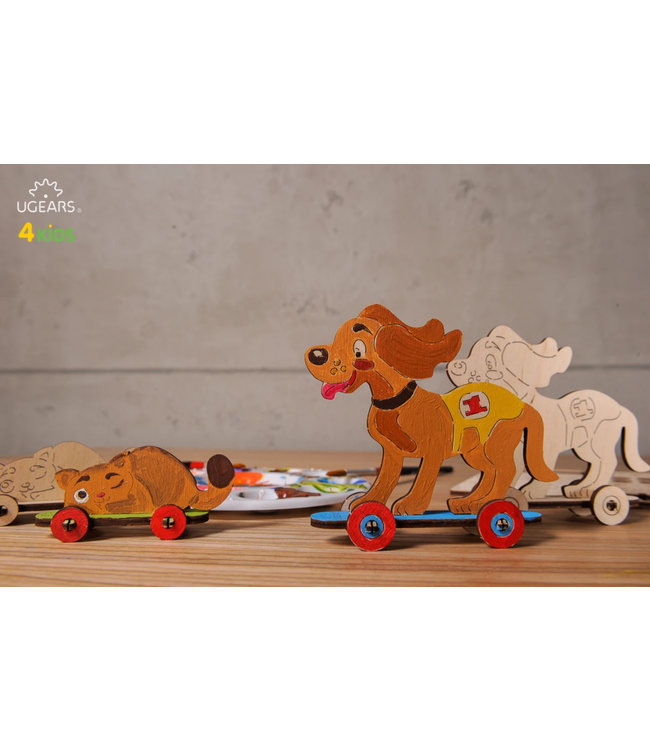 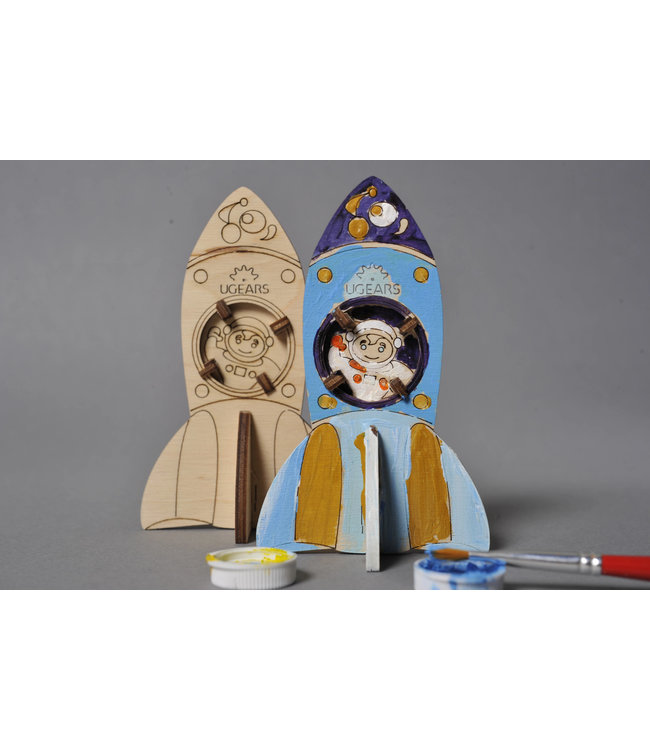 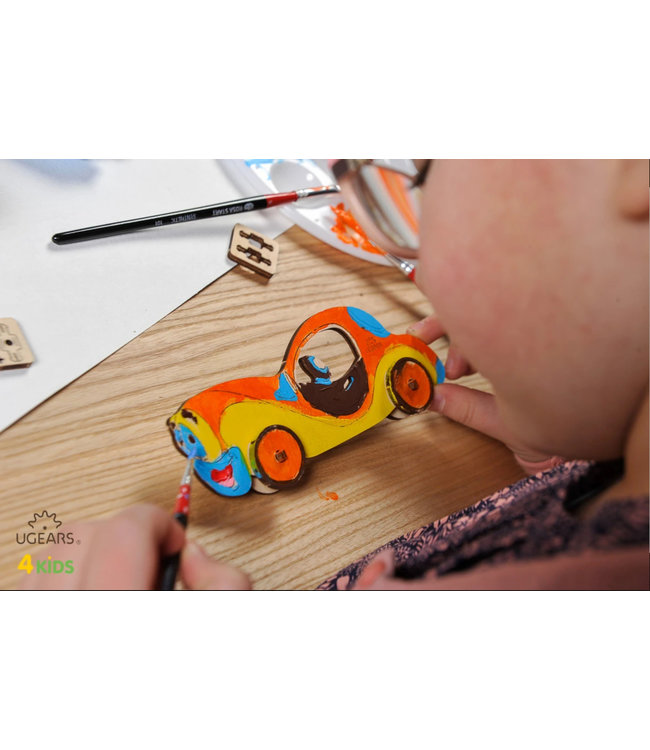 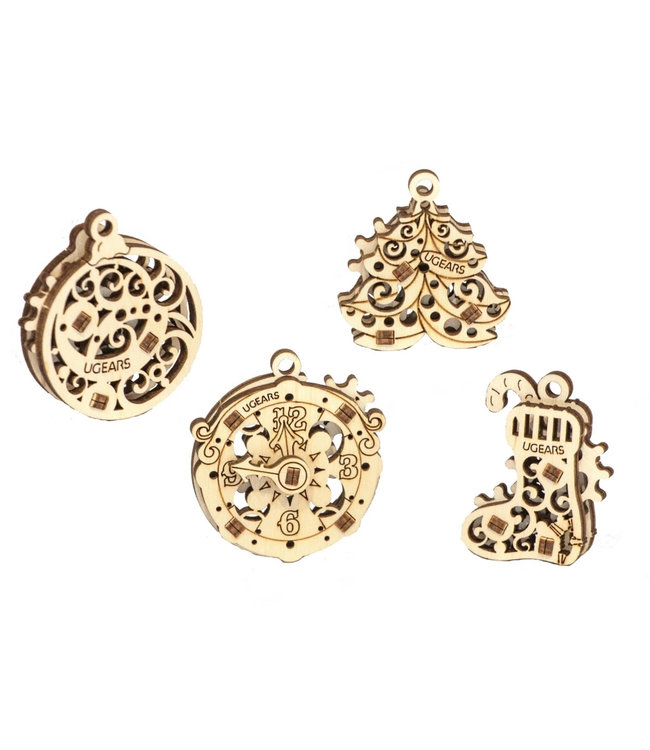 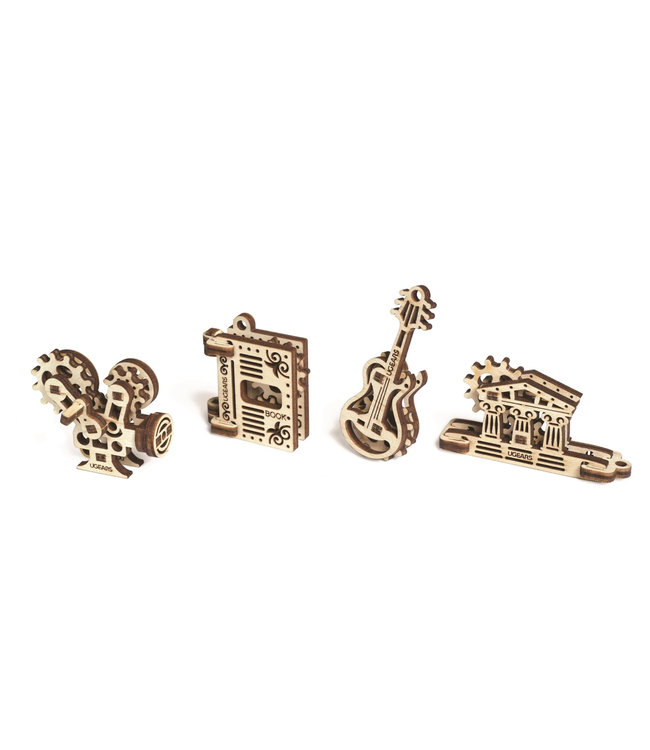 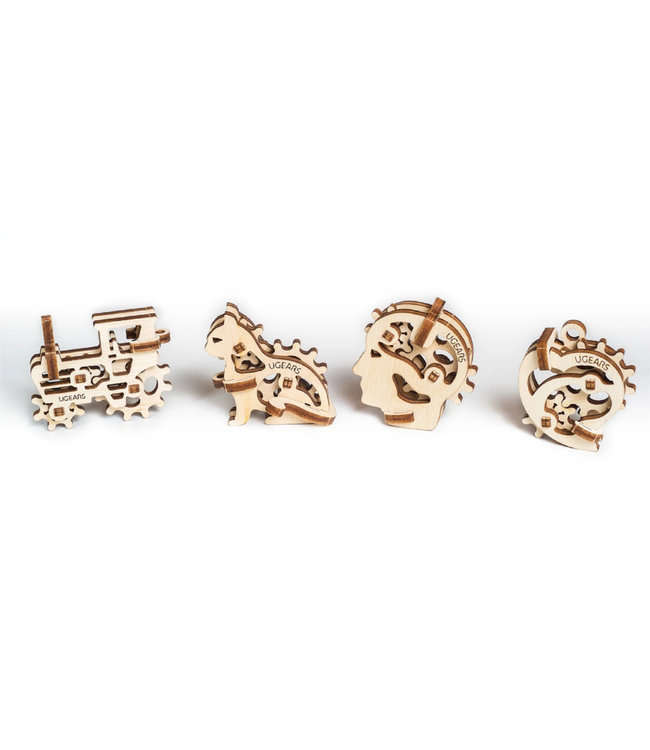 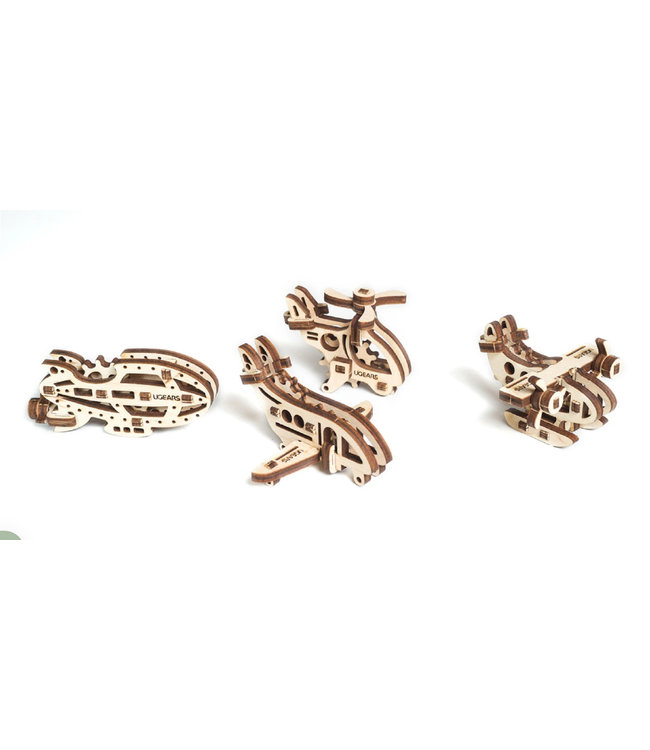 UGears U-fidgets aircrafts is another unique set of wooden U..
$9.99
Unit price: $9.99 / Gram
Always free gift wrapping!
Free in-store pick-up!
No Returns or Exchanges due to the Covid-19
Ship to address available for orders $25 and more