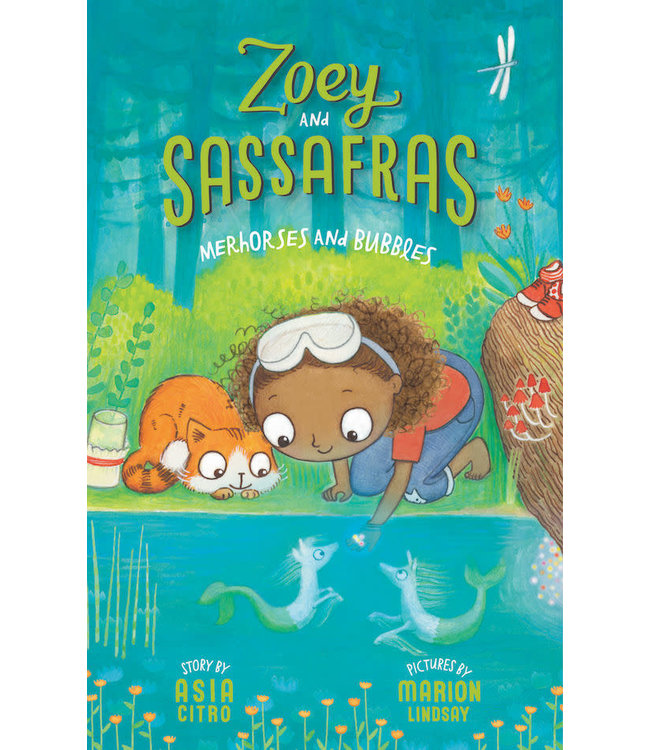 With magical animals, science, mystery, and adventure -- the brand new series Zoey and Sassafras has something for everyone! Easy-to-read language and illustrations on nearly every page make this series perfect for a wide range of ages. Read more..

Each story in the Zoey and Sassafras series features a new magical animal with a problem that must be solved using science. There isn't a set formula for each book; Zoey sometimes needs to run experiments, while other times she needs to investigate a mystery, and yet other times she needs to do research. Zoey models how to keep a science journal through her handwritten entries in each story. Each story is complete with a glossary of the kid-friendly definitions for scientific terms used. The series highlights child-led inquiry science and the topics covered align with both Common Core and Next Generation Science Standards.

Merhorses and Bubbles (Zoey and Sassafras)