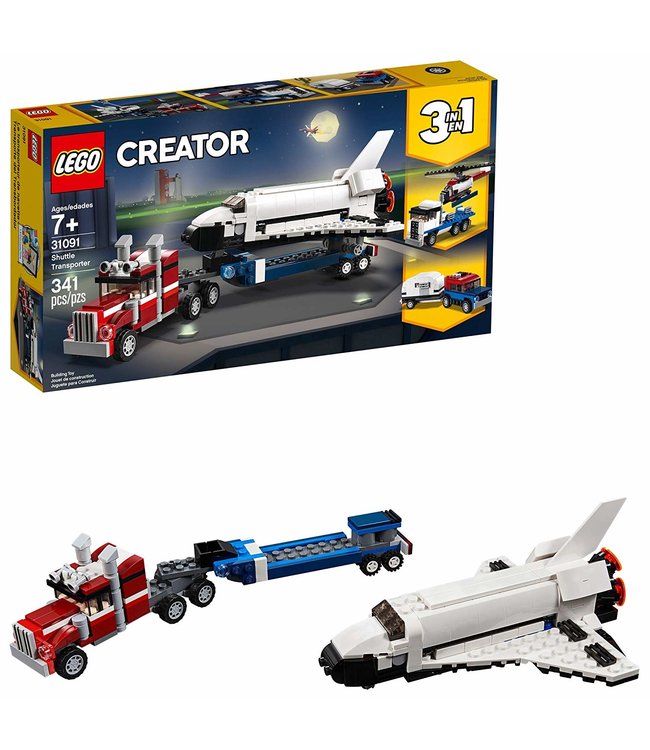 Head for the launch site aboard the powerful LEGO Creator 3in1 31091 Shuttle Transporter, featuring a truck and trailer with vertical exhaust stacks, roof-mounted horns, tinted windshield and 10 sturdy wheels with chunky tires, plus a space shuttle with large engines, opening payload bay doors, working crane and a satellite. Transport the shuttle and set out on daring space missions. With LEGO Creator 3in1 sets you get 3 different build and play experiences. Build the Shuttle Transporter, and then rebuild it to create a futuristic Helicopter Transporter or a Car with Caravan for further fun and adventures.